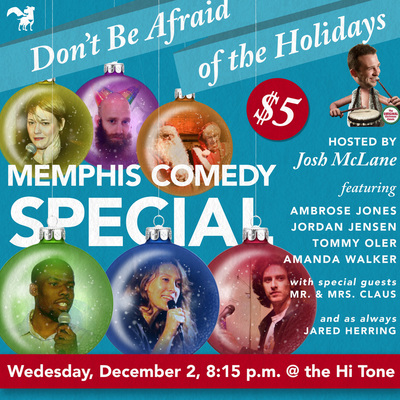 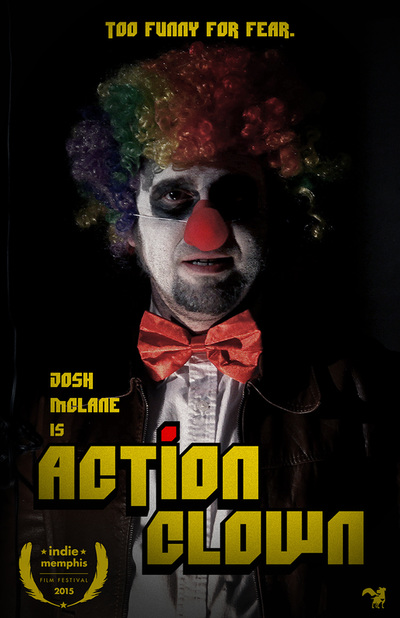 Howdy folks! The Holidays are upon us and that means it's time for our holiday comedy show. Come check out the Don't Be Afraid of the Holidays, Memphis Comedy Special on December 2nd at the Hi Tone! It'll be a genuine blast. Also, check out the episode of Memphis on the Mark below, Josh was this week's special guest and he talks about just about everything he's up to. Action Clown was in the Indie Memphis International Film Festival which wrapped up last week. You can keep up with Action Clown news on his new facebook page: www.facebook.com/actionclown. We got a ton more stuff cooking, but we ain't ready to tell ya about it yet, so stay tuned!
Saturday August 15, 2015

Been a busy summer around here! Josh recorded a comedy album last month as well as a music album for his band Heels. Eric joined our friend's at Piano Man Pictures as they reviewed M. Night Shyamalan's career on the web-series Totol Recal. Next month, Don't Be Afraid of the Comedy, Memphis will be partnering with Church Health Center's Rock for Love concert weekend as their opening event. So we hope to see you at "Don't Be Afraid to Laugh for Love" on September 3rd! We've got more stuff coming so keep a lookout! 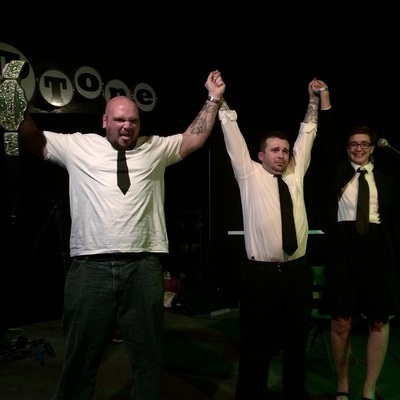 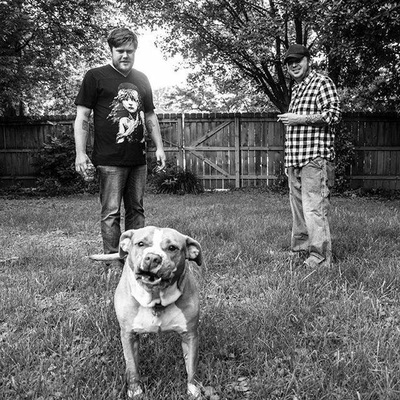 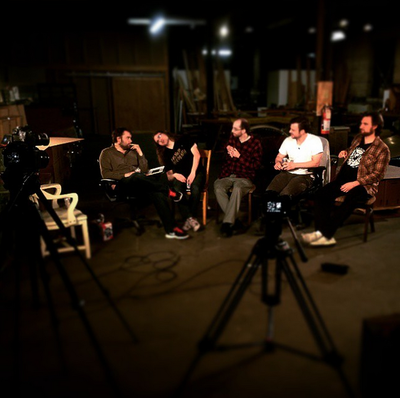 Howdy folks! Josh is recording his first comedy album next month. It's on July 1st at the Hi-Tone at 8:15, hope to see you there! Our facebook page just hit 500 likes, that's a milestone right? Last month Josh emceed "Roundhouse Revival", a previtalizing event aimed at celebrating the Memphis's historic Mid-South Coliseum. He shared the ring with the likes of Jerry "the King" Lawler and "Superstar" Bill Dundee. We've moved a few things around here on the site; improving the organization. And check out the short video below that Eric made for the Memphis Comic Expo happening this weekend! 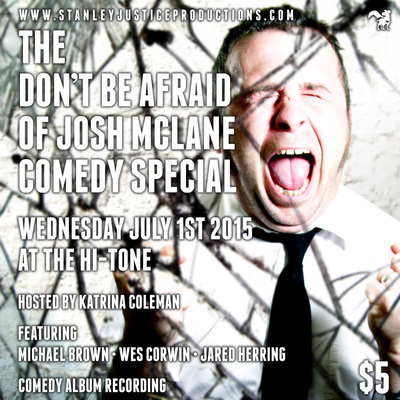 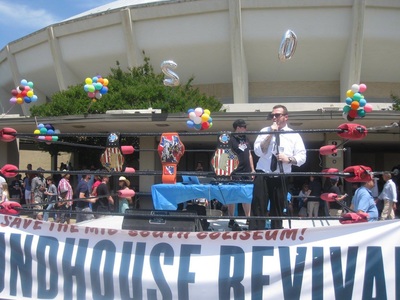 Hey hey! Been needing to do a main page update! Well, we here at Stanley Justice have been getting ready for The Memphis Comedy Festival coming March 5th-8th. Josh and Eric will be hosting the Don't Be Afraid of the Shorts screening on the 5th at Studio on the Square to open the fest. Be sure to buy a weekend pass and laugh away the whole weekend. We will also be premiering a new short called "Action Clown" that you won't want to miss. We've also been creating a collection of quote memes from our favorite comic book related media that you can check out here. Our monthly comedy show, Don't Be Afraid of the Comedy, Memphis, took a break in March for the comedy festival but it will be returning at the beginning of April, so we'll see you at the Hi-Tone. Josh's podcast, Don't Be Afraid of the Dark, is getting close to it's 100th episode, so catch up and maybe he'll plan something special for you. See you all at the fest! 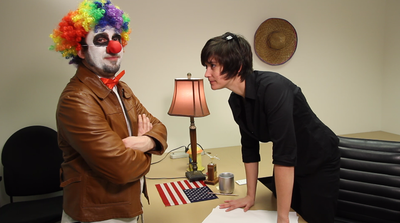 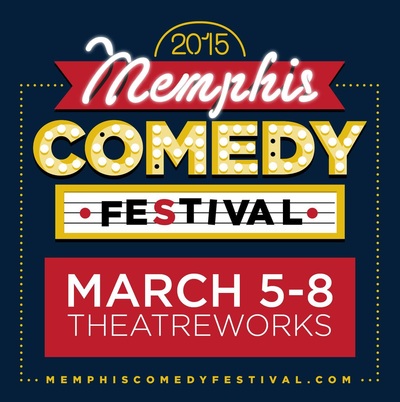 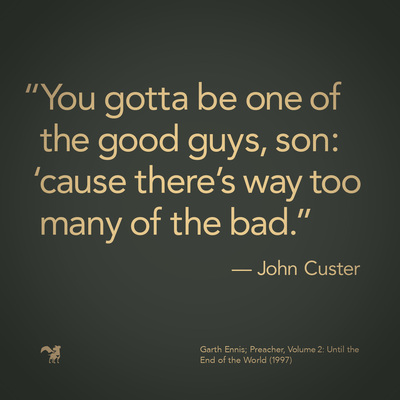 Welcome! Hope we see you this weekend at the Memphis Comic and Fantasy Convention! Josh will be there selling some grab bags of comics and spreading general Autumn cheer. He will also be hosting the Gone to the Dogs Music Festival at the Hi-Tone this weekend supporting the Streetdog Foundation. Eric has some art hanging in MCA's 65th annual Holiday Bazaar, which is also happening this weekend. We're getting ready for Don't Be Afraid of the Holidays, Memphis Comedy Special at the Hi-Tone on December 1st that will feature the talents of local personalities such as Professor Ghoul with Shotzi, Twin Face Kline, Benny Claus, and Tommy Hollywood. The early work for The Memphis Comedy Festival has begun and we're looking forward to that in early March. We've been posting some of the stand-up acts from previous Don't Be Afraid shows. Be sure to check them out on our youtube page! Check out our hashtag gallery for Bristolville. It shows our very talented team create a miniature cardboard city installation for this year's Indie Memphis Film Festival and then shows it being destroyed by two giant lizards. Bundle up out there everyone, it's getting cold! 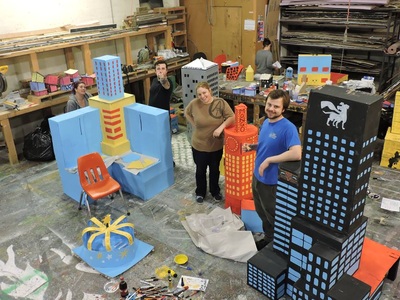 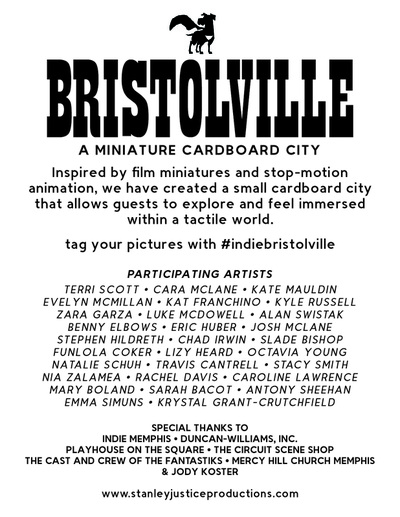 We're gearing up for Don't Be Afraid of the Comedy: OCTOBERSLAM here at Stanley Justice Productions. Hope to see you at the Hi-Tone next Wednesday! There has been a lot of commotion at the local P&H Open Mic Comedy here in Memphis building up to it... Check out some of the videos below. It also looks like Eric's experimental short "Onward" has be accepted into this years Indie Memphis International Film Festival. It will also be in the 27th Festival Les Instants Vidéo 2014 in Marseille, France this November. So to all of our fans in France, be sure to check it out! And we'll say it here first... We're also gearing up for the Don't Be Afraid of the Video Shorts Showcase Volume 2. So keep your ears to the ground.

Hey everybody! Happy September. We've got a few updates going on. Josh drums in the Hombres and they've just released an EP. You can check that out here. Eric has been drawing a web comic for the Church Health Center's President's blog. You can check that one out here. Speaking of the Church Health Center, next week Josh, along with a few other Memphis comics, will be hosting at Rock for Love; their benefit concert weekend. You can find Josh on Friday September 5th at their Hi-Tone show. Josh will also be a part of the Rock for Love Telethon presented by Rocket Science Audio so we hope you tune in! Josh will be hosting another music event on November 21st; the Gone to the Dogs Fest benefiting the Streetdog Foundation. Stanley Justice and Piano Man Pictures will be hanging out at the Memphis Comic Expo on September 13th so come find our table and see all the other great stuff there. Next Wednesday September 3rd we'll be returning to the Hi-Tone for Don't Be Afraid of the Comedy, Memphis. Come see us and some really great local comics! Josh also now has a facebook fan page you can find here, swing by and like him if you like. Josh posted a new episode of his podcast recently. And our friend Katrina Coleman just released a comedy album that Eric did the logo design for. You should go buy her album, it'll do you good. Well that may be it for now, but we'll have some more coming up real soon! Thanks for stopping by! 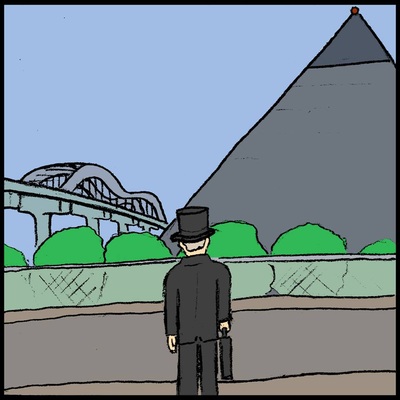 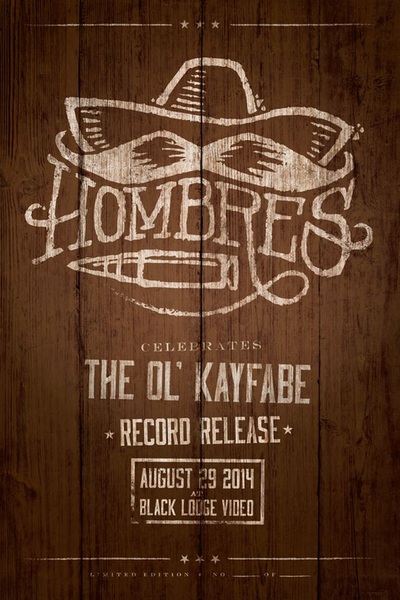 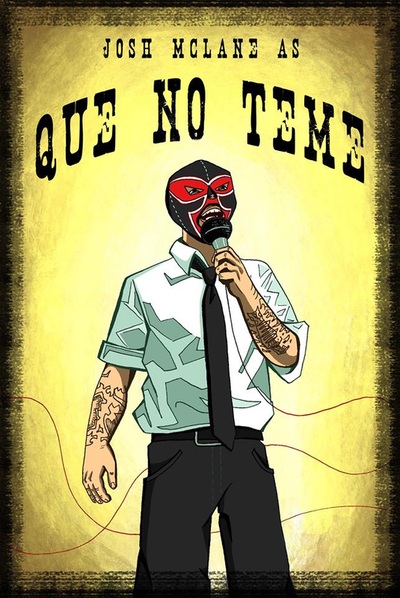 It's hot here in Memphis, but if you're up north in Chicago this coming Saturday you should go see Josh at The Bar Below's Comedy Mixtape show. Also, if you happen to be voting sometime soon and find someone not to your liking, Josh has offered his services as a write-in and we've created his campaign video which is posted below. We'll be announcing our September activities soon folks. Thanks for coming by! 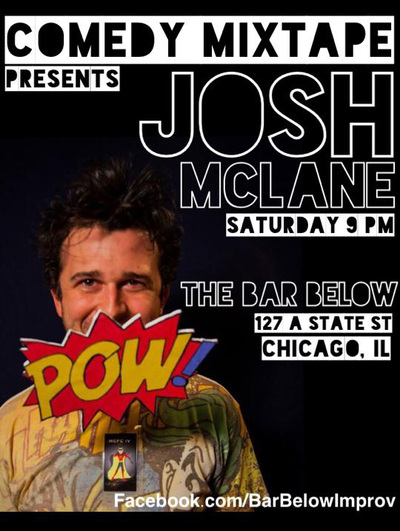 Howdy folks. Hope your summers have been going well. We've got a couple of updates in the Press and Music sections. July's Don't Be Afraid of the Comedy, America show was a blast Tuesday. Big thanks to those who came out! Josh's podcast, Don't Be Afraid of the Dark, just posted a new episode. We're on Vimeo now. And Josh will be recording an album with some dudes named Hombres at the end of the month. Check out a video of them at Murphy's below.
Friday May 30, 2014

We made a Funny or Die page for the news and we got a mention on the local iLoveMemphisblog for the Don't Be Afraid of the Comedy, Memphis show this coming Sunday. You can also check out Josh (and Garrett, Chris, & Brennan) in their new band called Hombres playing during Terror Comedy's Live show on RocketScienceAudio.com

Hey everyone, we just posted episode three of the news. We also have another comedy show happening on June 1st at the Hi-Tone. We have a few other exciting things in the works. We'll keep you posted. Thanks for stopping by!
Friday April 4, 2014

We have a slightly busy month ahead of us. Josh and I are helping our buddy, Tyler Hildebrand, promote his film, Wallace. Eric helped shoot it and Josh makes an appearance in the film. Tyler has appeared in a couple of our recent shorts. Josh will be hosting a comedy showcase on the first of May, which will be a couple of weeks after he opens for comedian, Doug Stanhope, at the New Daisy. Eric will be installing his MFA Thesis show at MCA in the next week. Our buddies over at Piano Man Pictures are wrapping up their first feature, Lights Camera Bullshit. You might be able to spot Eric and Josh in the film & credits here and there. The PMP boys' short film, Hirsch, also recently got accepted to a few film festivals (including one all the way over in London); you can find a couple of forged drawings done by Eric in that one. Hirsch will also be playing here locally along with our short film, Remedy, at the On Location Memphis Film Festival this month. We're getting excited having so much going on and look forward to keeping it up, see you folks around!
Sunday Mar﻿ch 2, 2014

Don't Be Afraid of the News is back after a three year hiatus. We've learned a few things since then and want to get back down to it.
Wednesday ﻿February 5, 2014

The comedy fest starts tomorrow and we're all pretty excited. We also got some nice credit in a recent iLoveMemphis blog and that's real cool too.
Wednesday January 22, 2014

Hey everyone. Get ready for The Memphis Comedy Festival coming in February. This year Stanley Justice Productions is hosting the MCF's Video Showcase. We'll also be premiering our new comedy short. Join us February 6th at Studio on the Square in Midtown Memphis and then check out the rest of the festival! 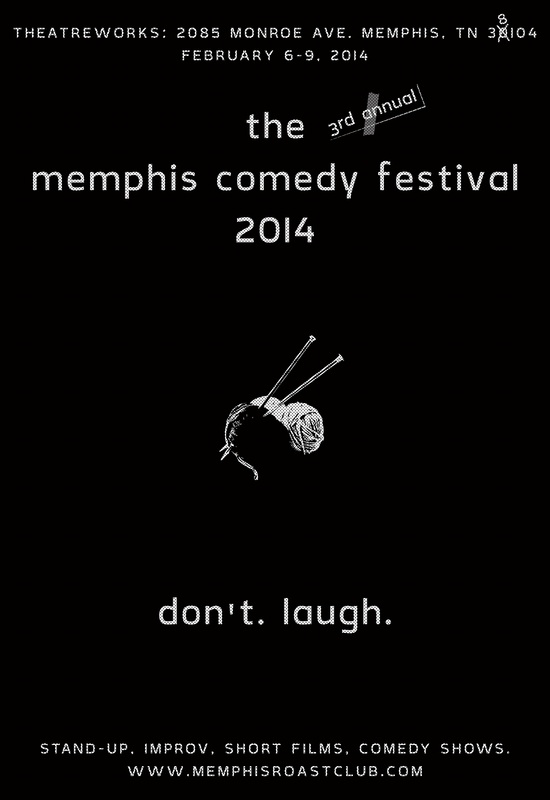 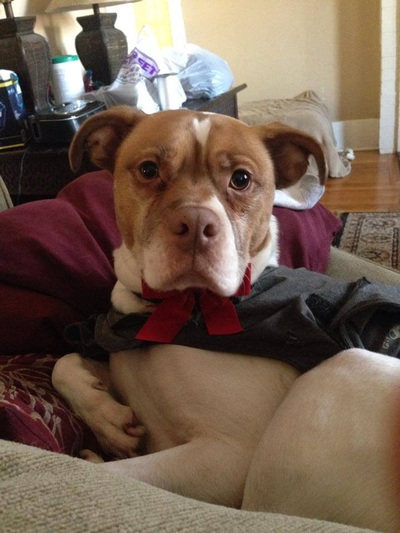 Thanks for visiting our new page. We're excited to have a place to share, showcase, and update. Bookmark us or find us on Facebook. We try and keep exciting things on the horizon. Hope to see you around!